Blondie introduced their new album “The Curse of Blondie” by playing in NY’s City Hall Park. Then with an escort of NY’s Bravest they went to sign CD’s at JR Music World. 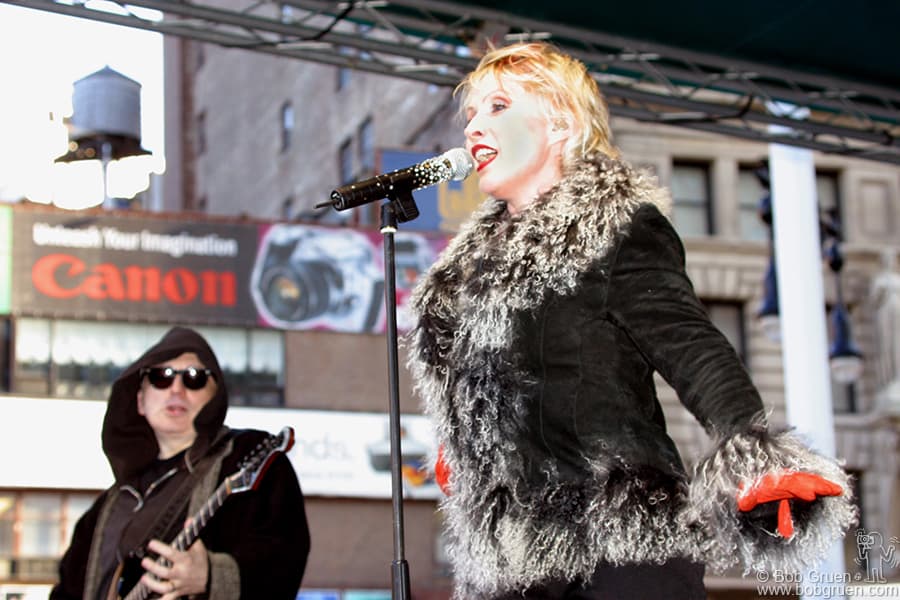 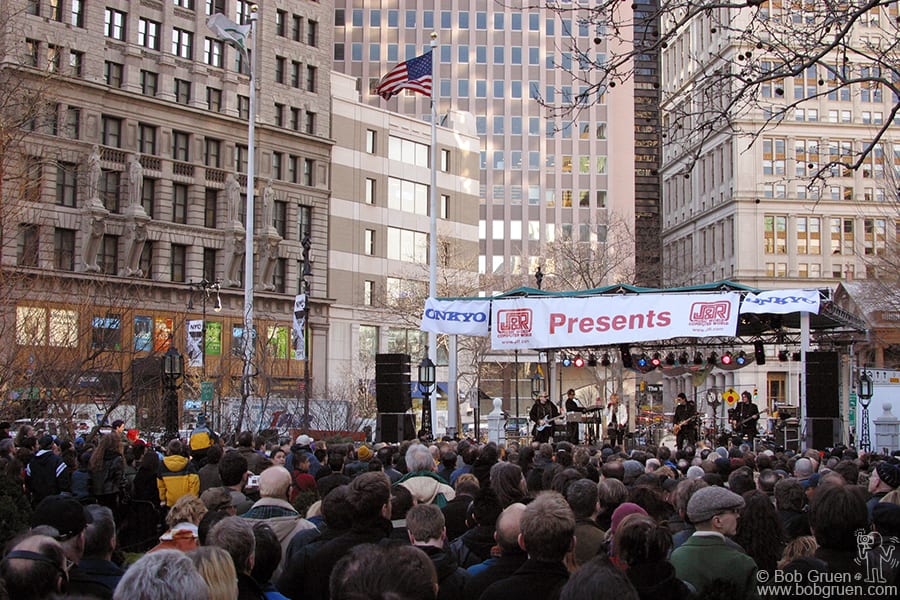 Announced at the last minute on the radio, Blondie drew a crowd in City Hall Park. 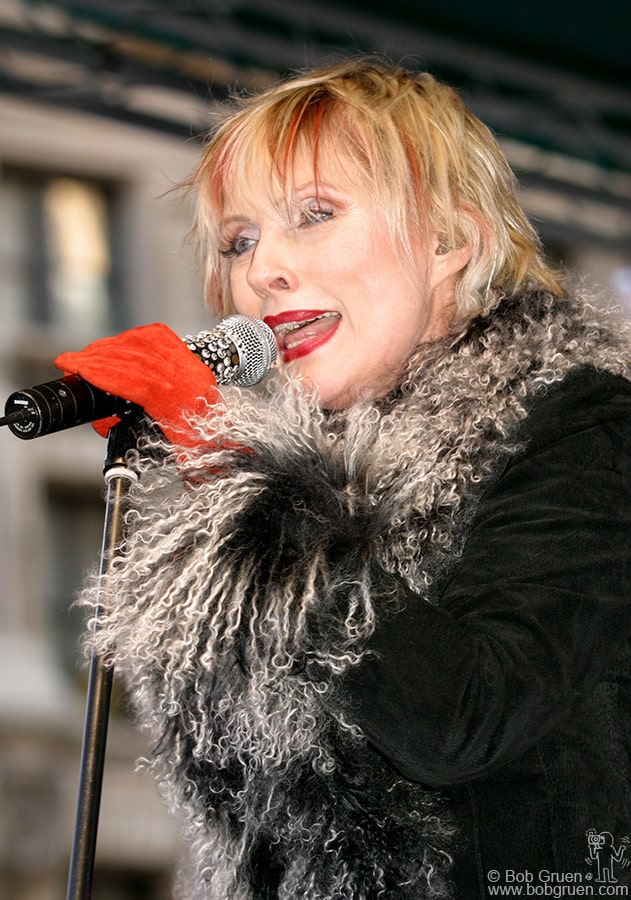 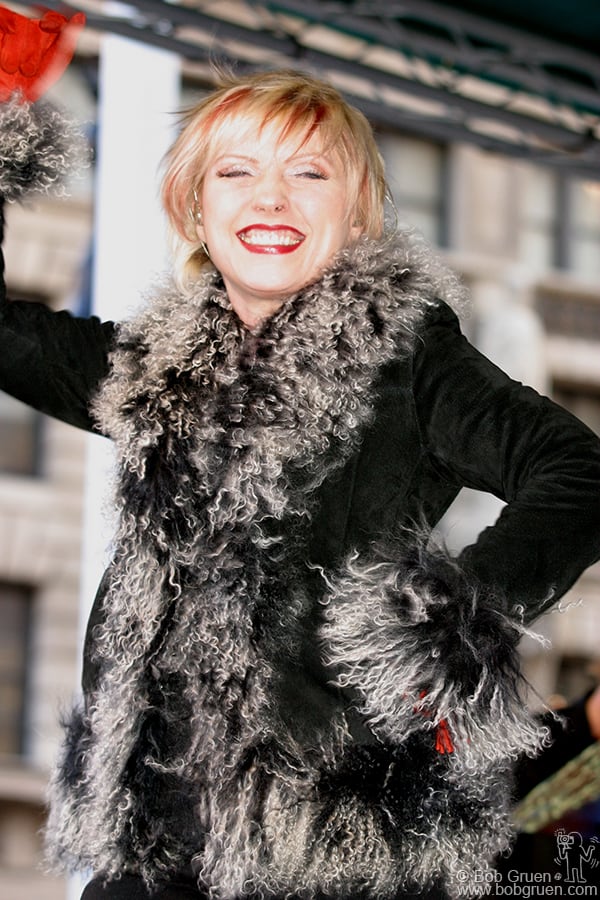 Debbie waves to the crowd as the show ends. 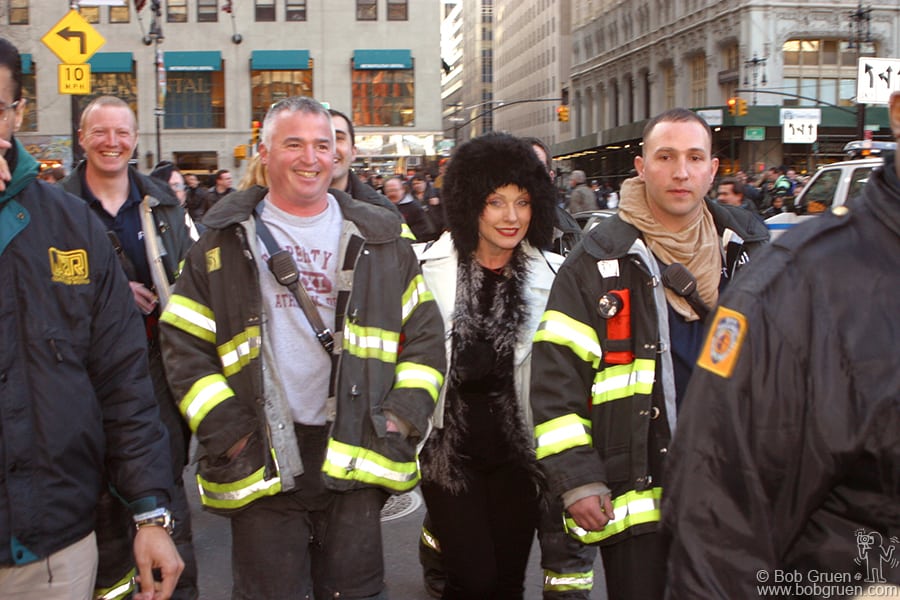 The lucky Firemen who escorted Debbie were very happy. 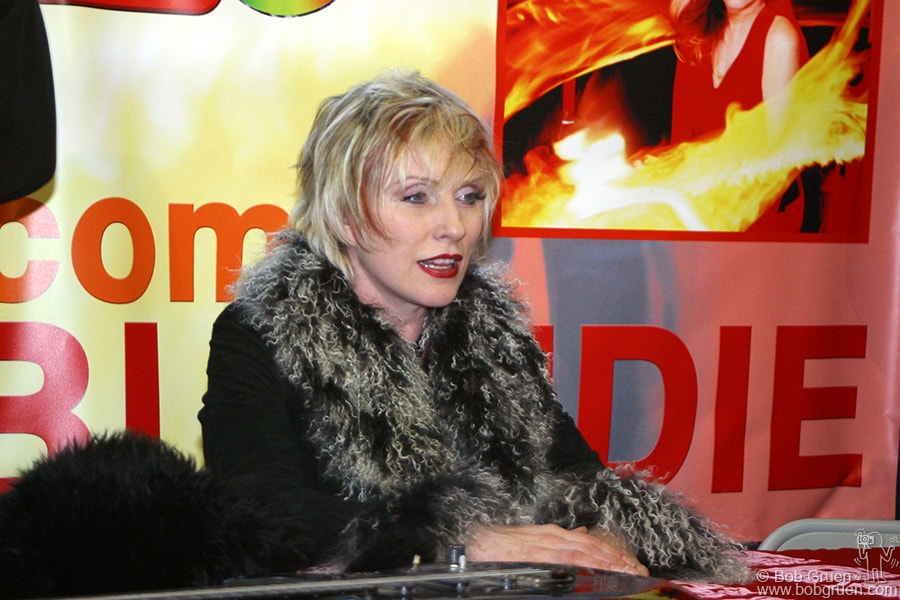 Debbie parpares to sign CD's for fans who lined up around the block for the special chance to meet her. 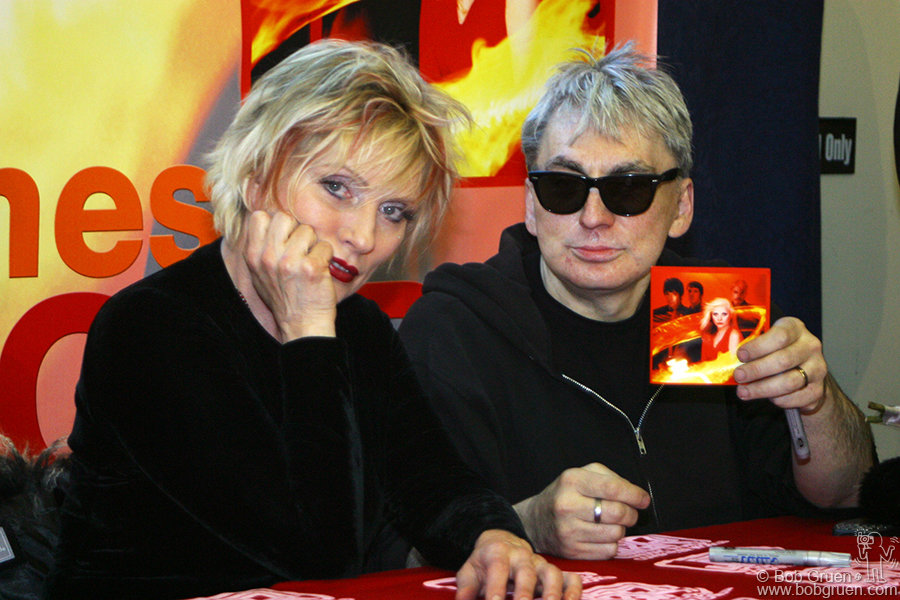