Happy Fourth of July!  Ryan Adams and Jesse Malin performed in New York City’s Battery Park as part of the free Downtown River to River Festival 2003. On a beautiful sunny summer day a huge crowd came and had a great time. Jesse opened the show with his band and then Ryan hit the stage with his group, the Pinkhearts. 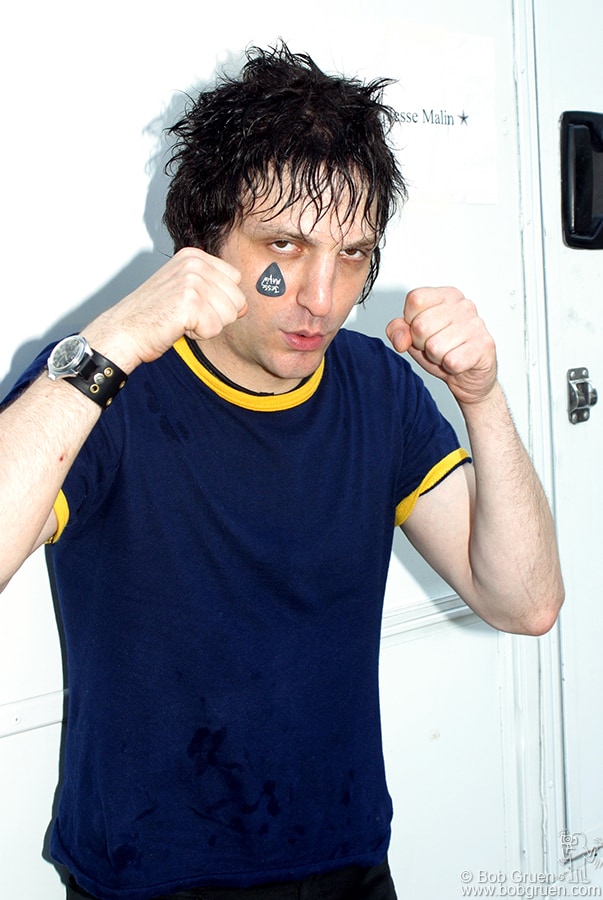 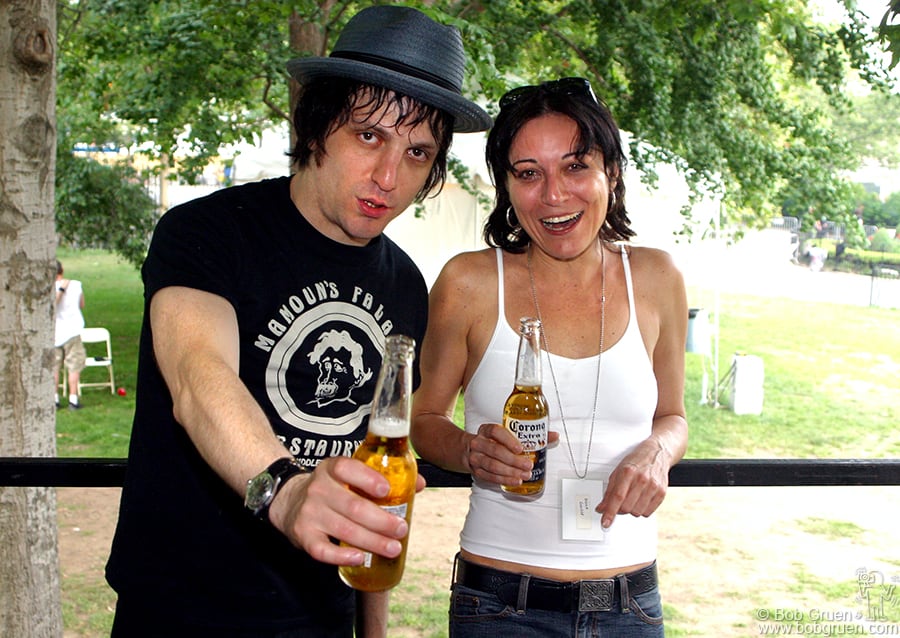 Before going on, Jesse shares a beer with his manager Diane Gentile. 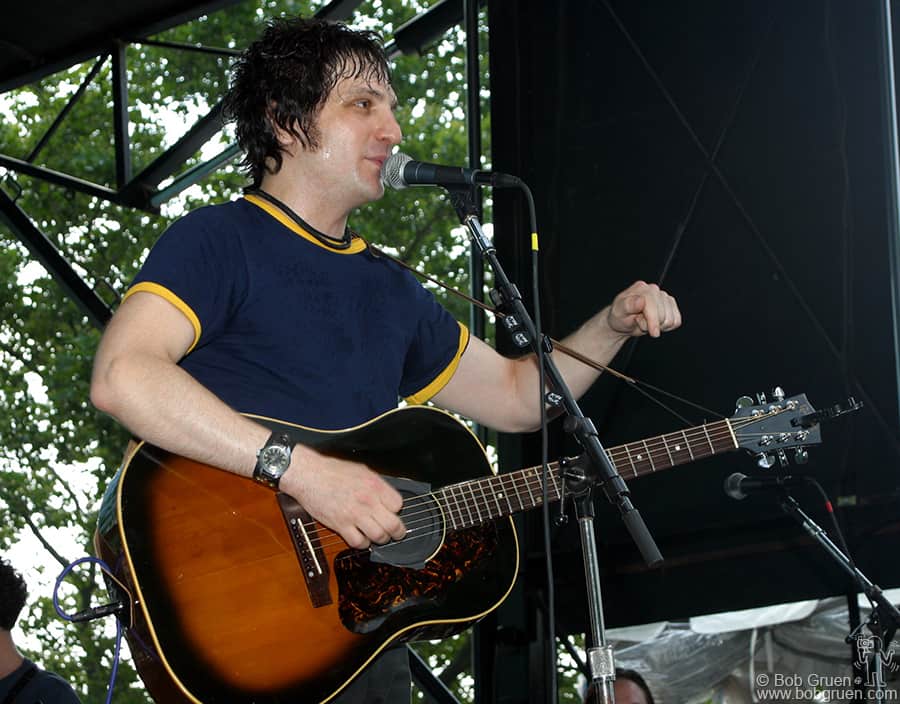 Jesse starts his show and talks to the crowd. 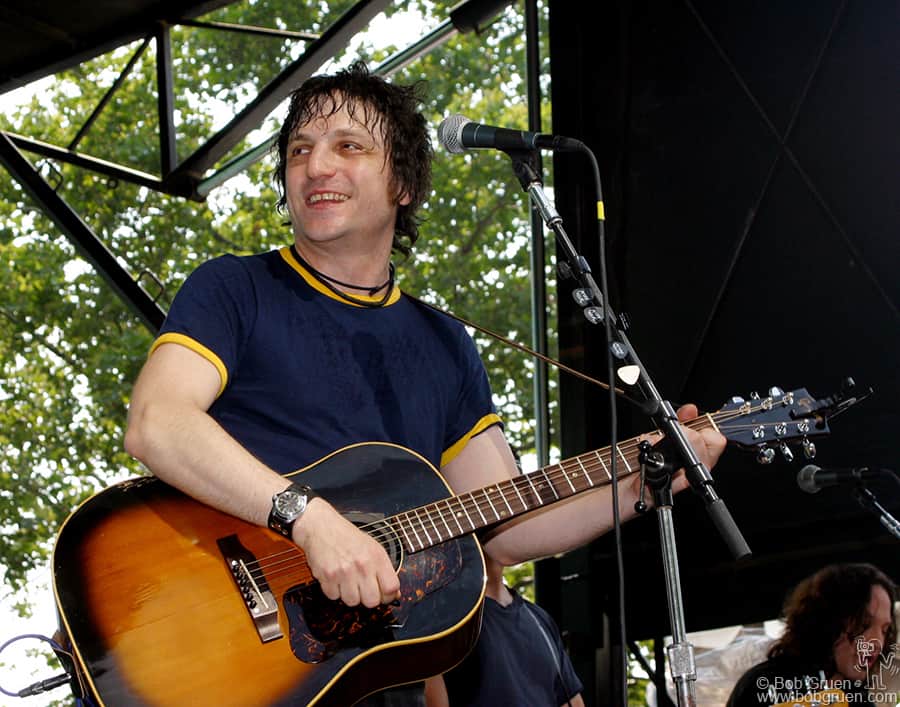 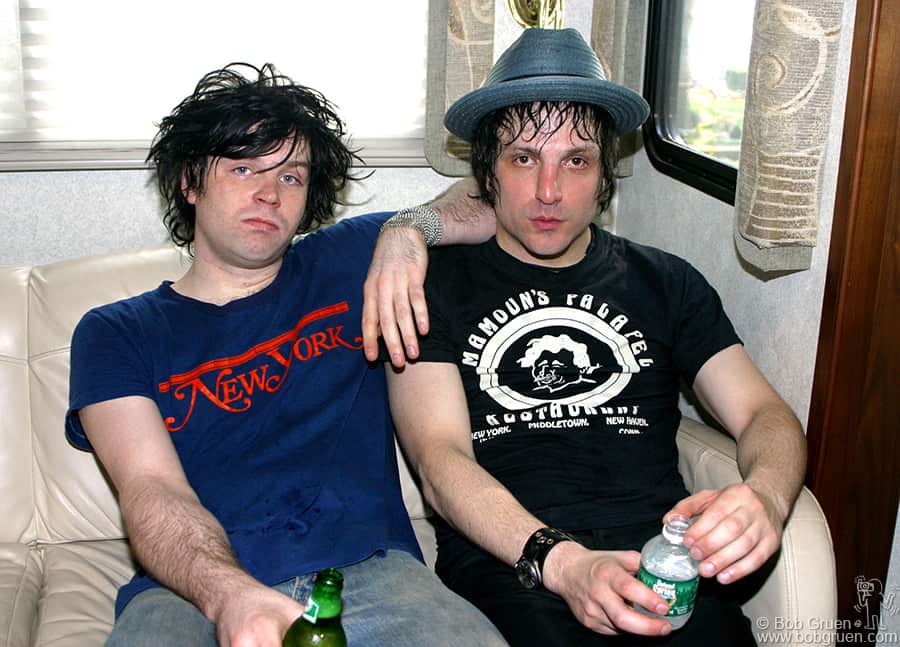 Between sets, Ryan and Jesse relax in the air-conditioned van. 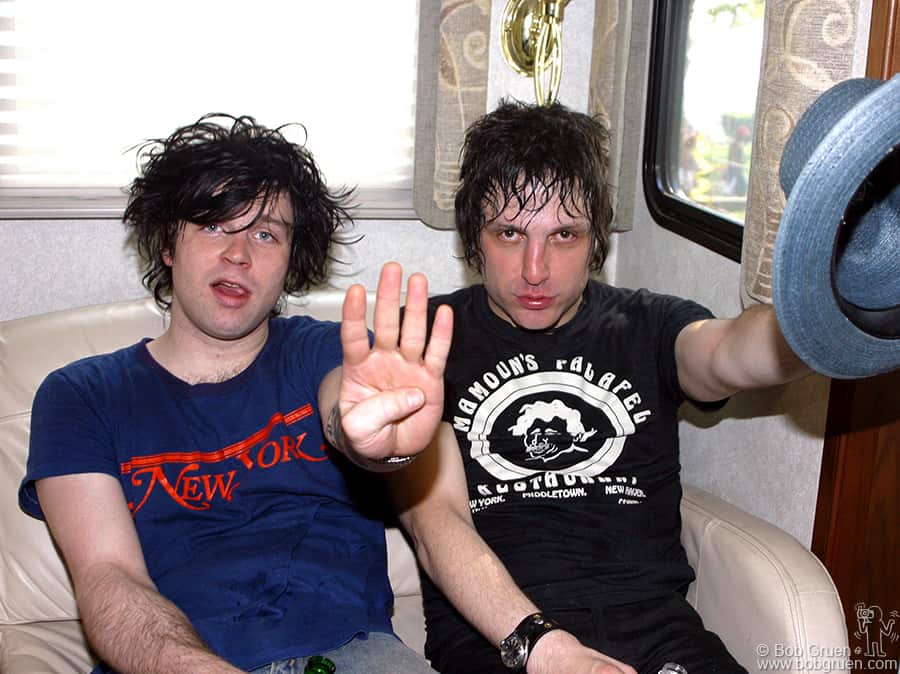 Ryan shows he knows it's the Fourth of July and Jesse tips his hat to that. 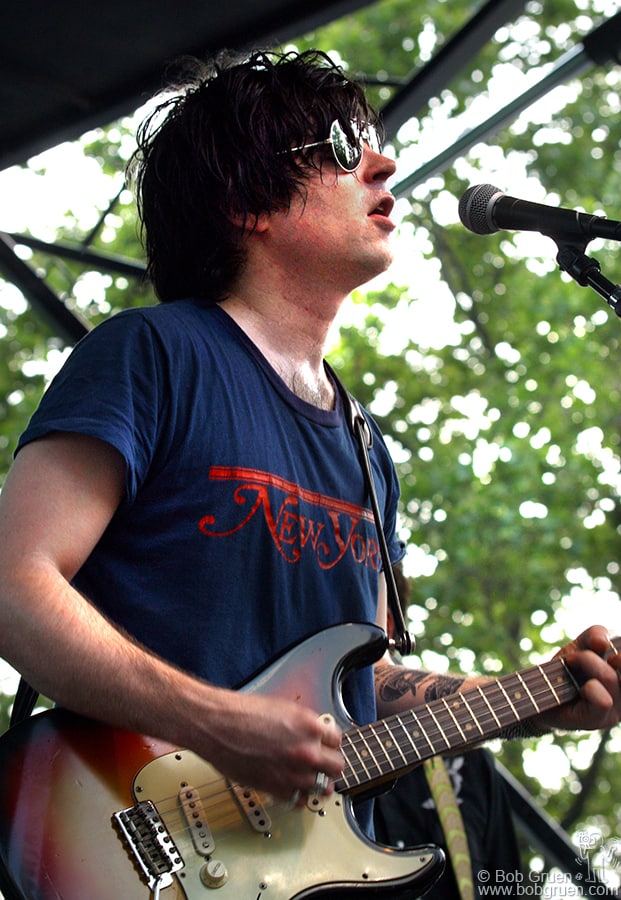 Wearing a New York T-shirt, Ryan steps up to the mic. 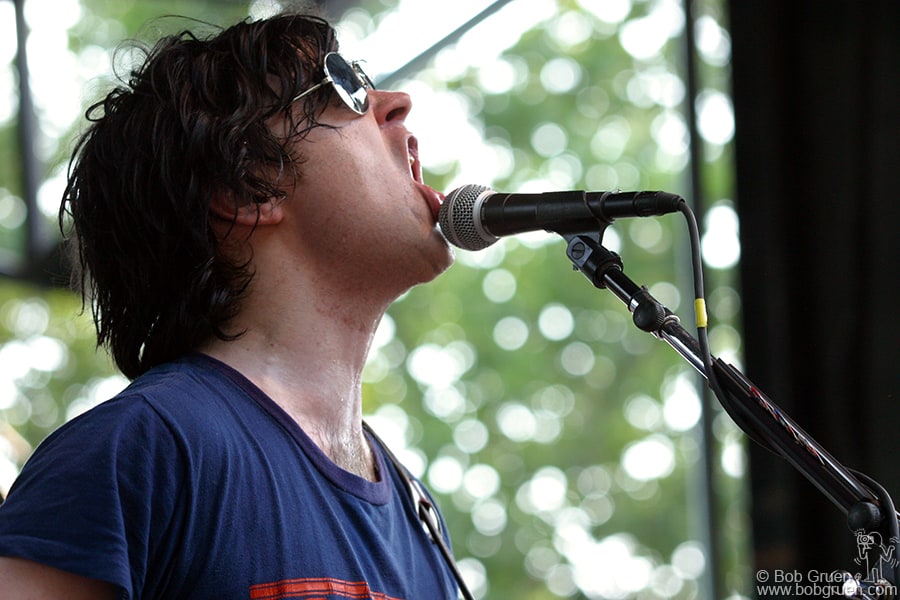 Ryan gets into his singing. His set included his hit song, "New York, New York" as well as "Answering Bell" and one of my favorites, "Come Pick Me Up". 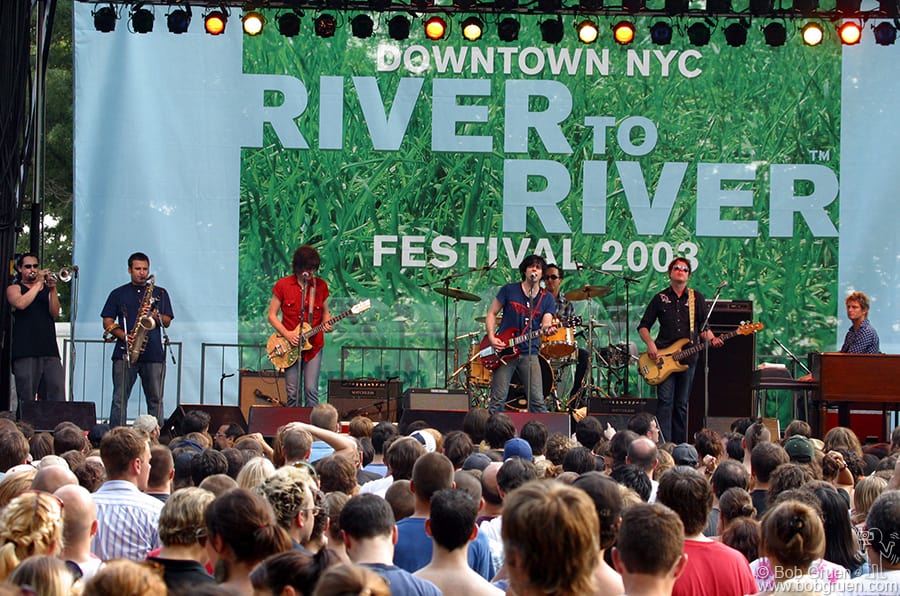 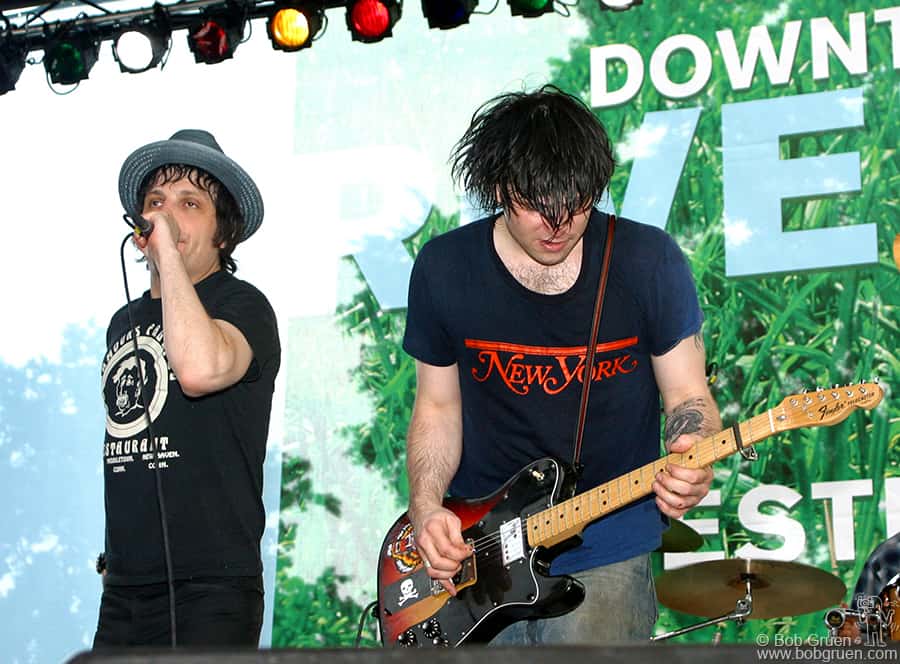 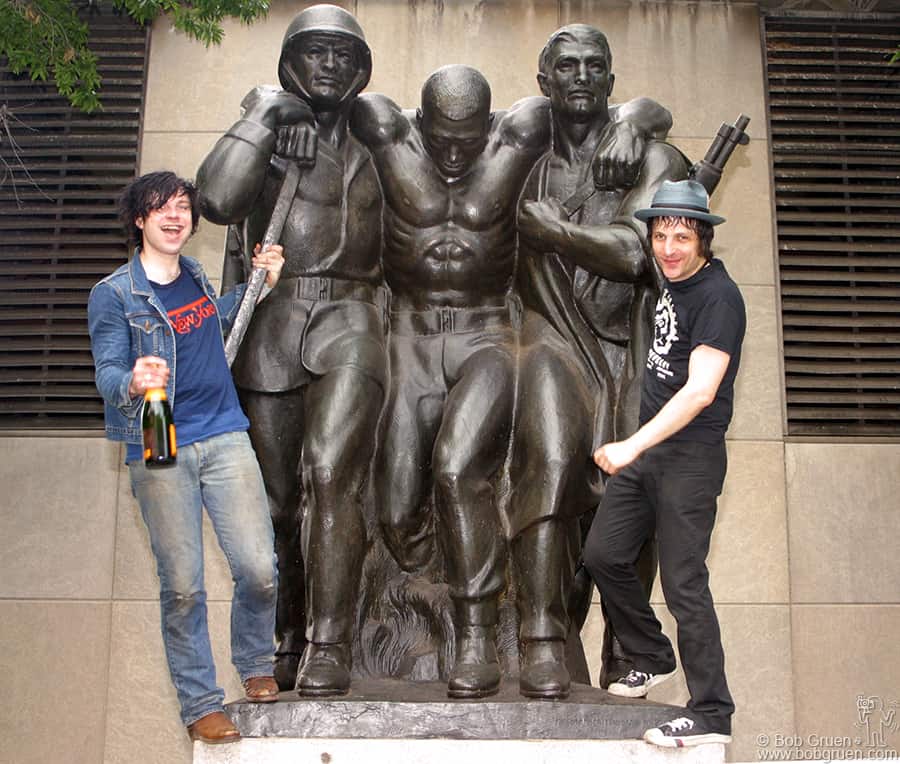 Ryan gets a bottle of champagne and celebrates with Jesse on the Coast Guard Statue in the park. 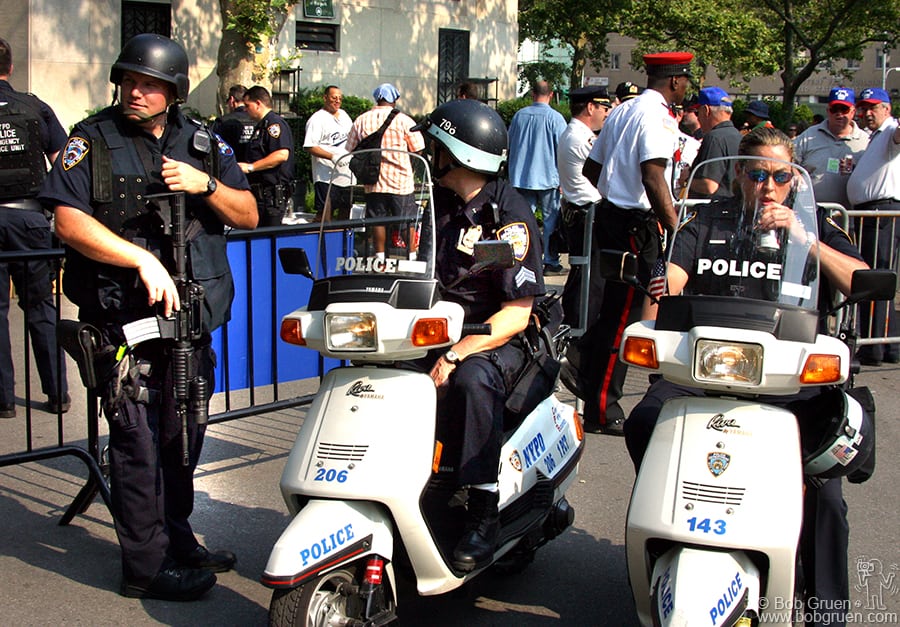 All day heavily armed police kept a watchful eye out for any sign of trouble. It was disturbing to see such force around the peaceful crowd. 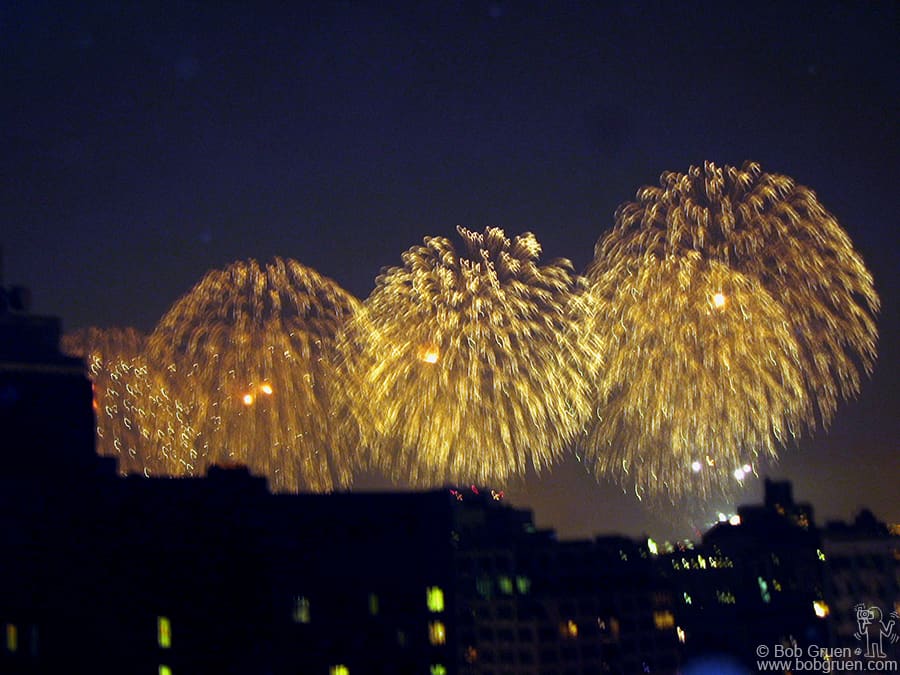 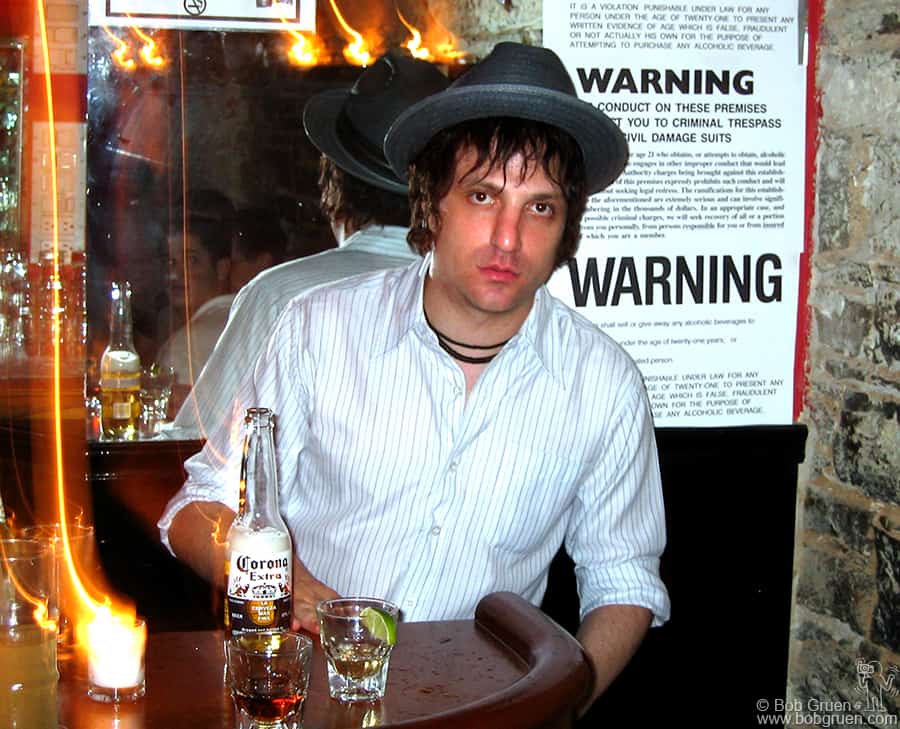 Then Jesse was waiting to greet us at his East Village bar, Niagara. 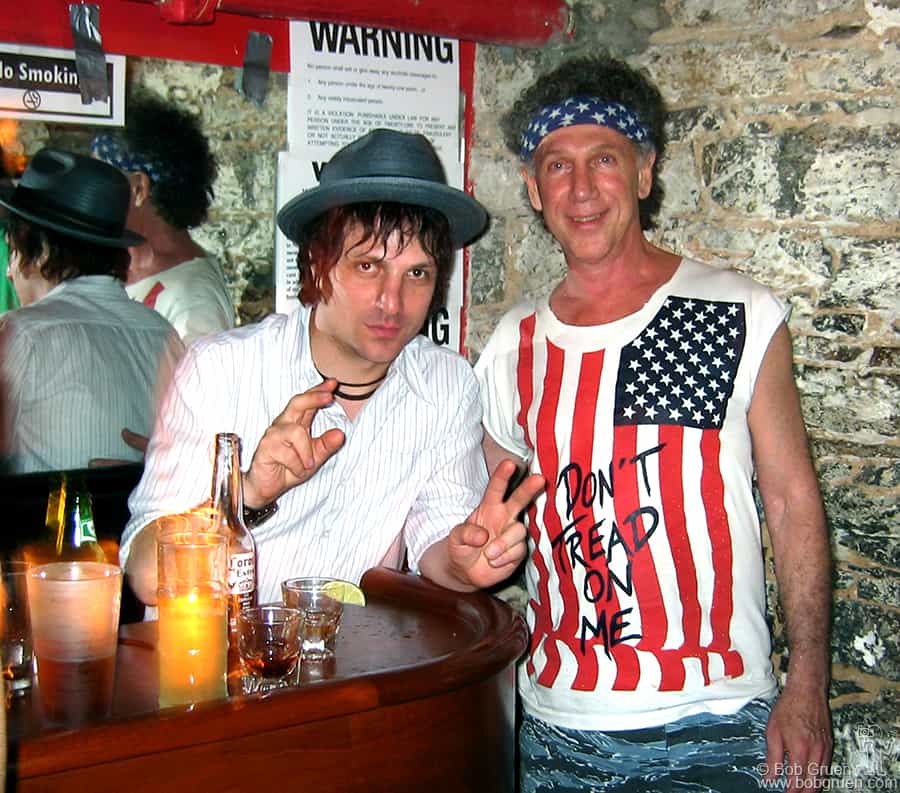 My wife Elizabeth took a picture of Jesse and me showing my patriotic outfit. 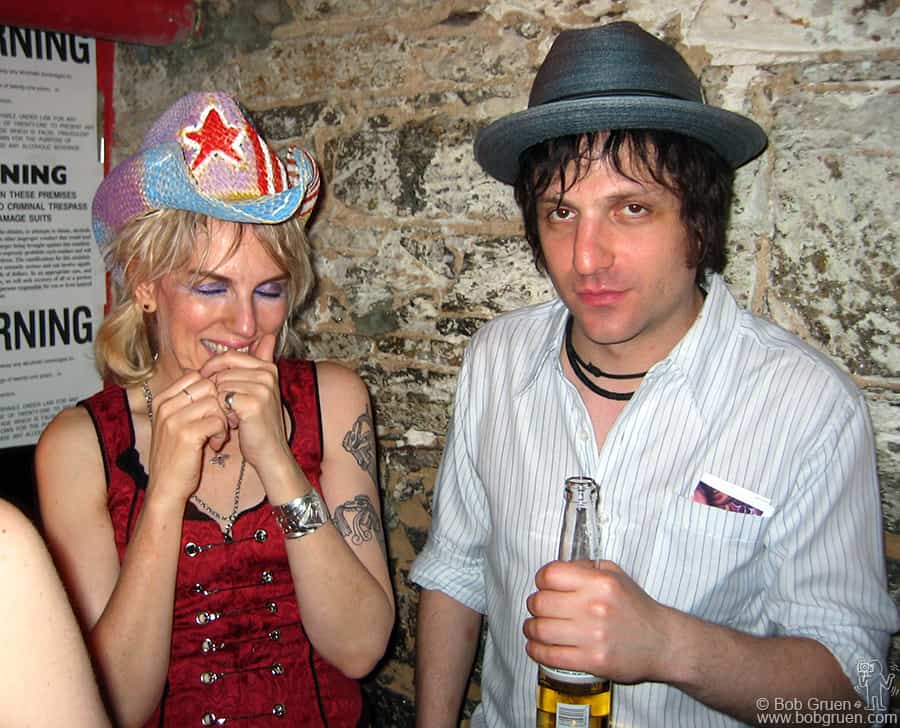