Courtney Love roared into New York City and shook up the town. At the Bowery Ballroom she played one of the most exciting punk rock shows I’ve seen in a long time! 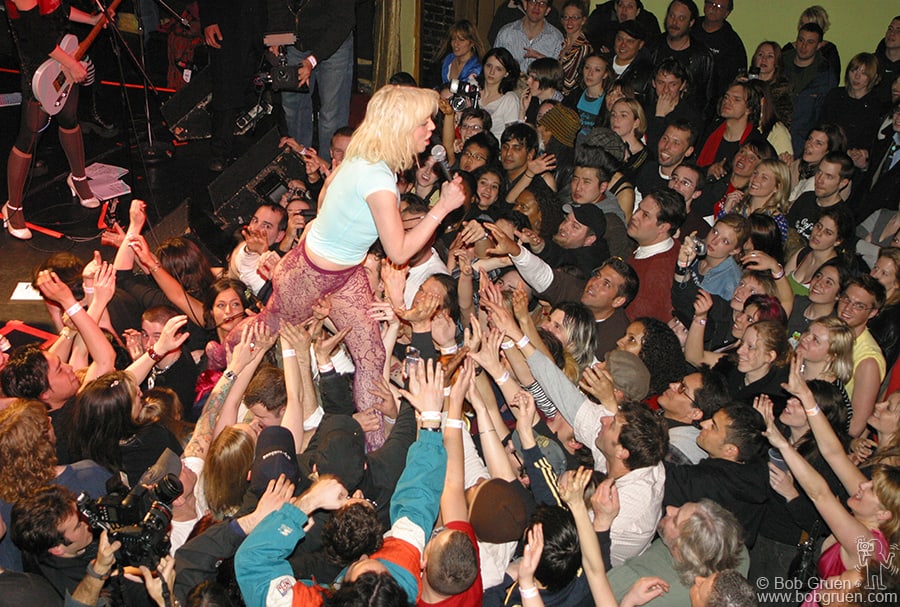 March 18 - NYC - Courtney walks off the stage at the Bowery Ballroom as the fans hold her up. 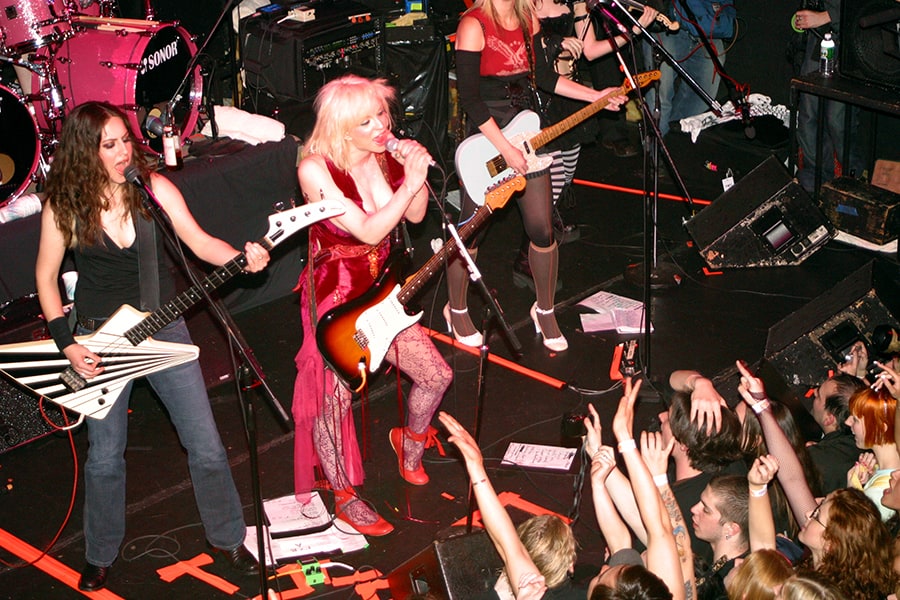 Though she had spent the previous night in jail Courtney popped out on stage looking like a punk Marilyn Monroe. 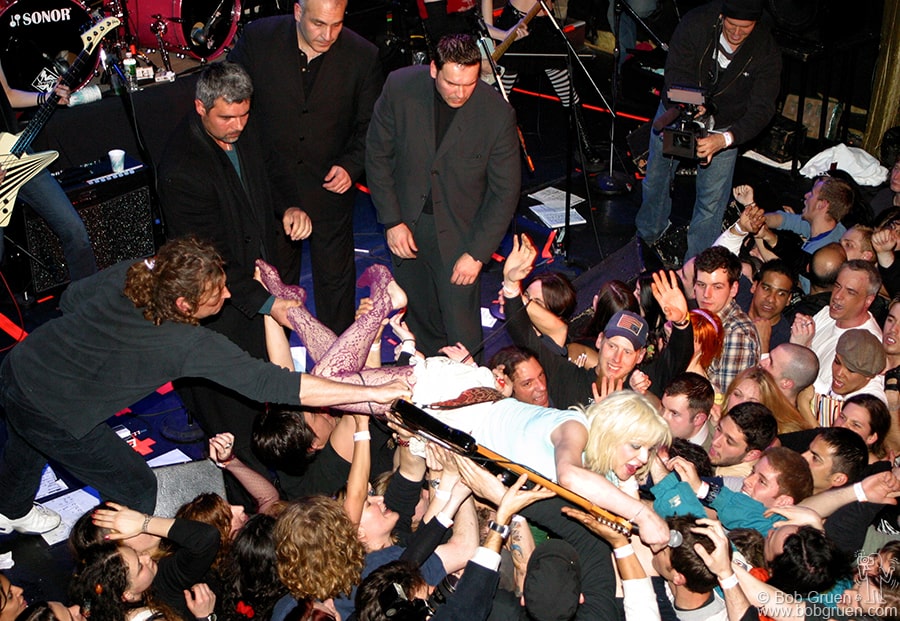 There were several very professional bodyguards who did their best to help Courtney, but sometimes she pushed them away and went on her own. 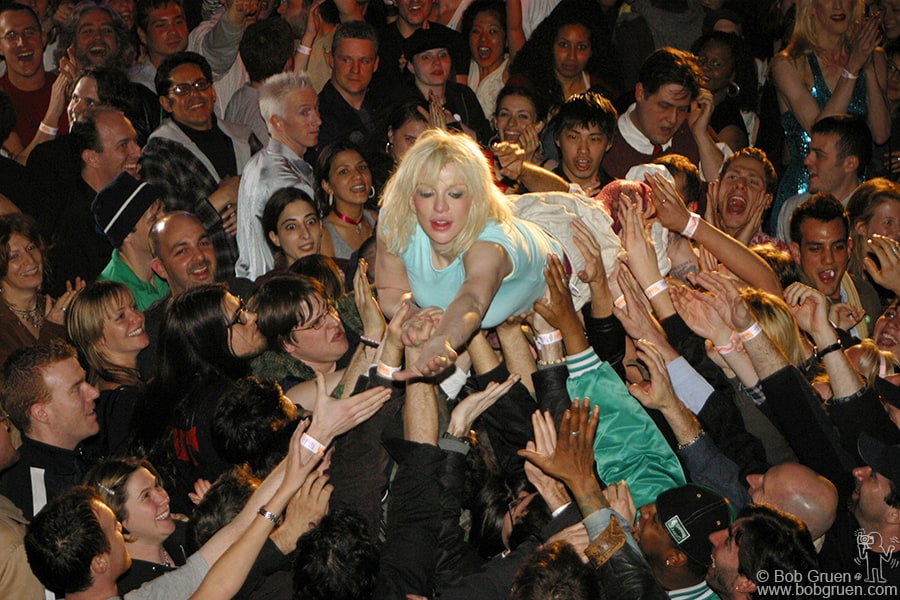 Courtney said she wanted to surf from the stage to the bar and back, and in the final song, she did it! 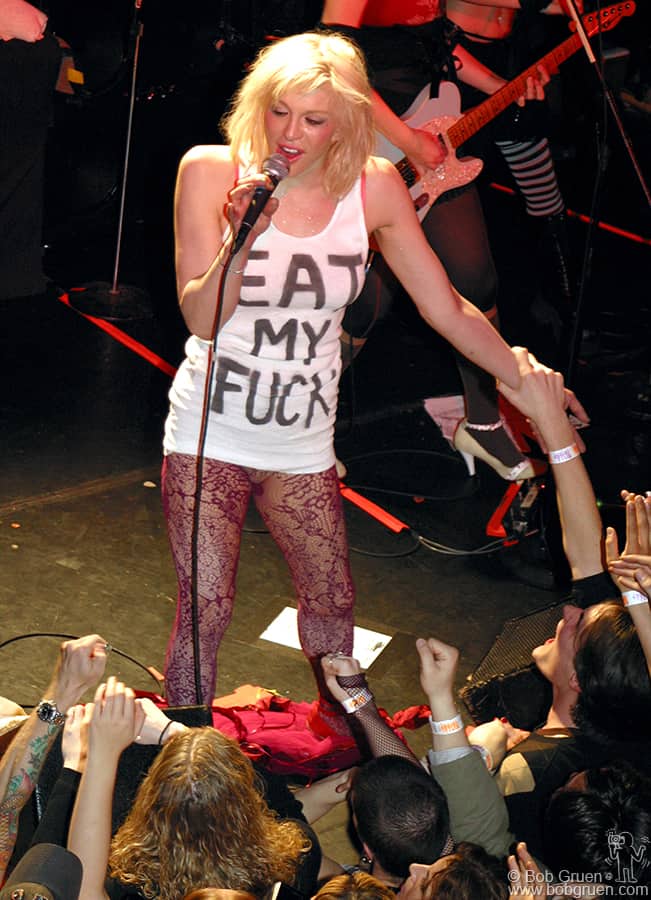 Courtney wears her sentiments on her chest. 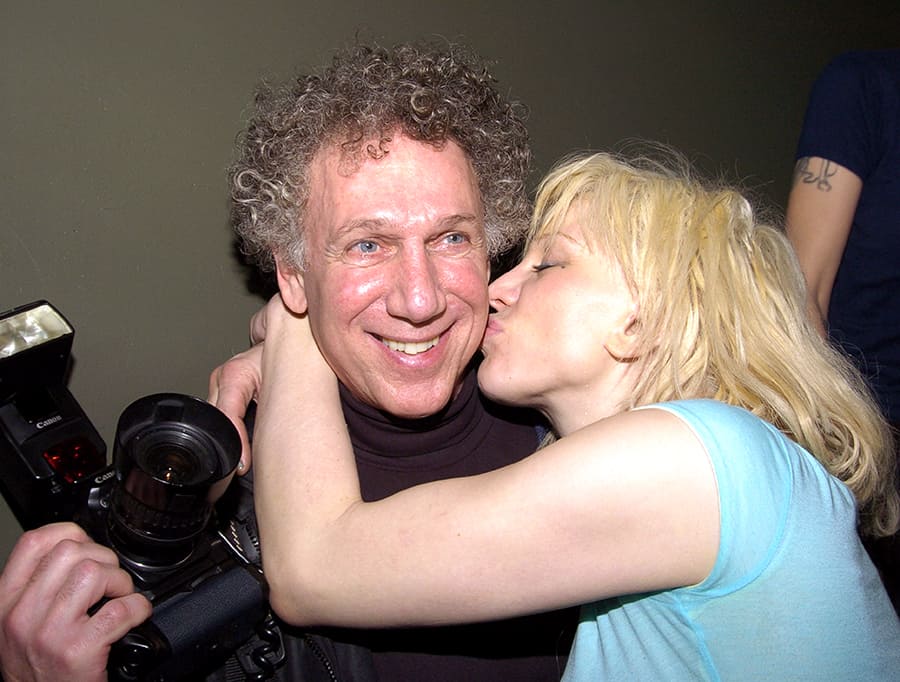 Backstage after the show, Kevin Mazur took some shots of me as Courtney said hello with a kiss. 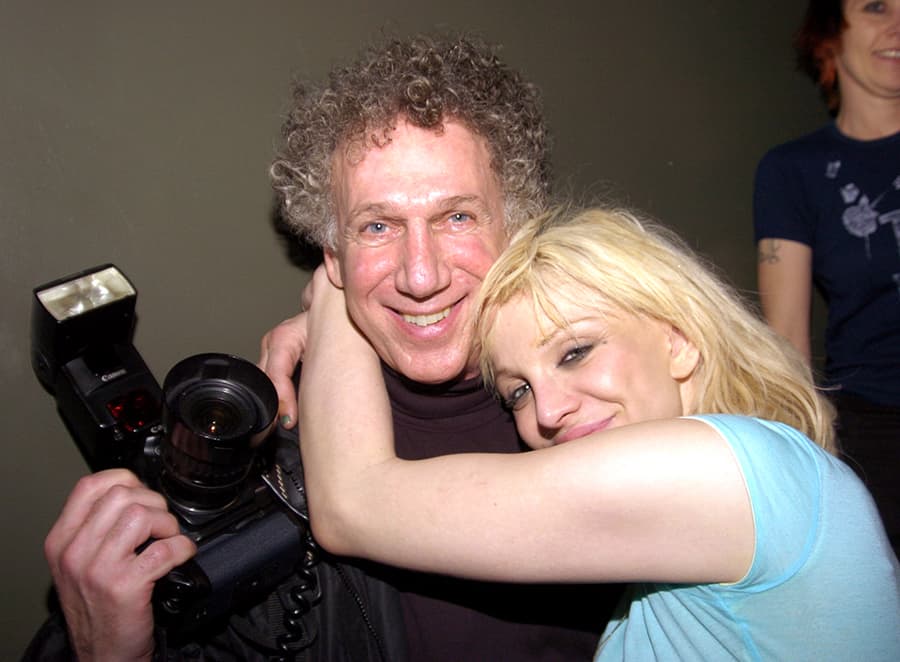 It was nice to see that Courtney had come so far since we met in the '80's when she spent a few days staying on my couch.
Bob Gruen, Courtney Love