I went to Los Angeles to give a talk at the Annenberg Space for Photography as part of the ‘Who Shot Rock & Roll’ exhibit and was the guest of honor at a private party, then met up with Steven Tyler before heading back home for more excitement… from the final night at legendary Kenny’s Castaways, to seeing Jacob Dylan at the former site of CBGB – and at long last I got to see ‘The French Elvis’ Johnny Hallyday in his first ever concert in New York. In October my birthday party featured a reunion of the ’70’s band The Miamis… then we made it through the trying times after Hurricane Sandy and at a benefit I met the Barb Wire Dolls, a great band from Greece. In December I went to Florida to be a guest DJ at an Art Basel party… and finished the year seeing the Rolling Stones!… see it all below. 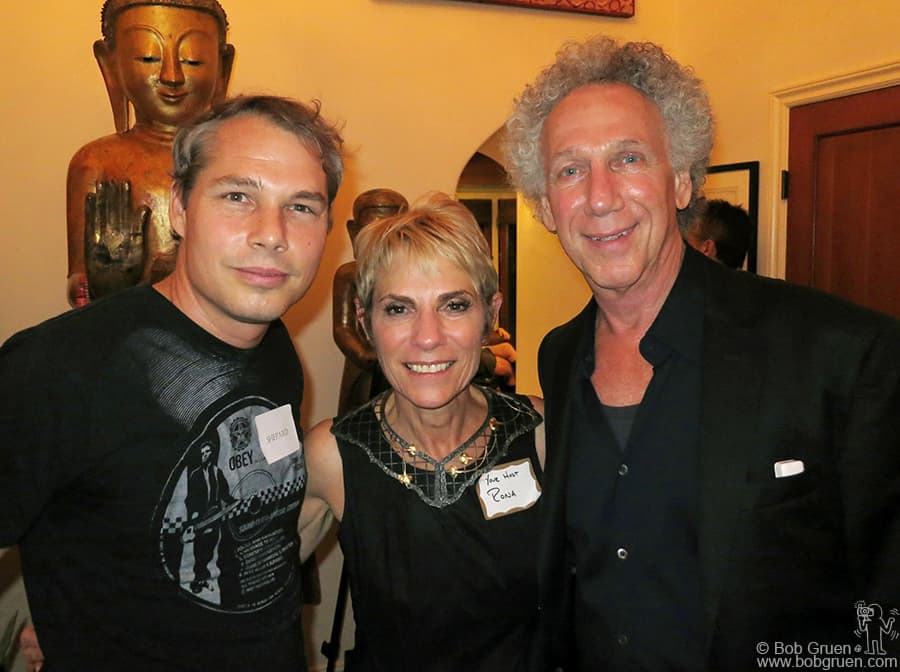 Sept 28 - Los Angeles - Shepard Fairey and I posed for a photo with my host Rona Elliot at the party she held in my honor. 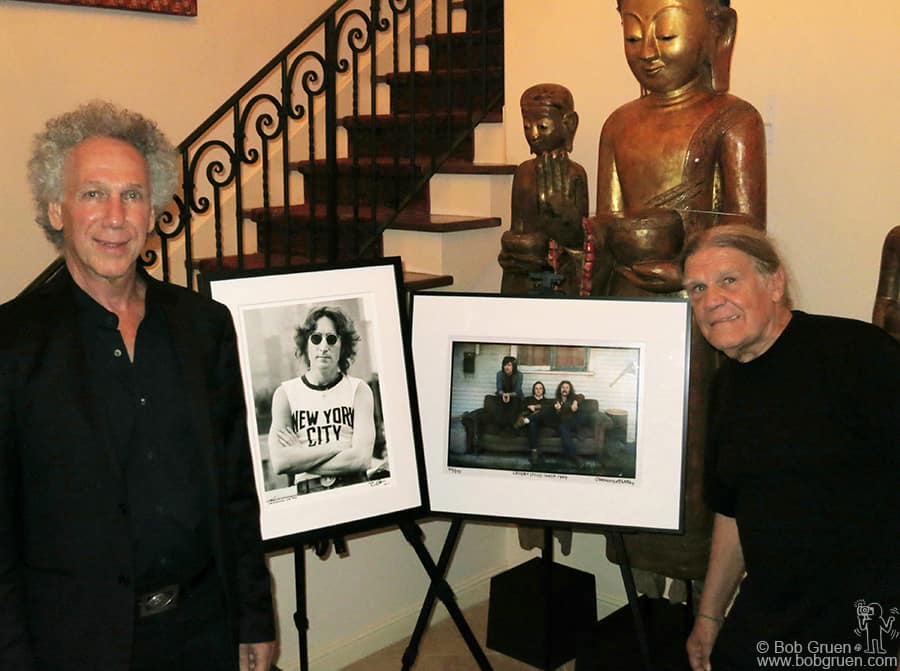 Sept 28 - Los Angeles - With photographer Henry Diltz at Rona's house with our most famous photos. 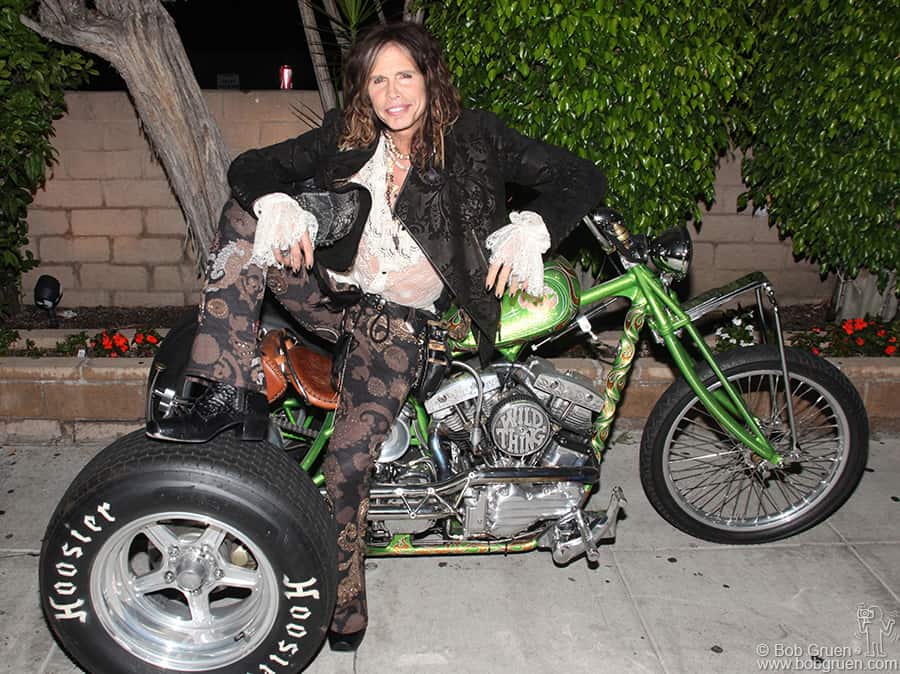 Sept 29 - Los Angeles - Steven Tyler with his Trike, one of the last by the famous motorcycle maker Indian Larry. 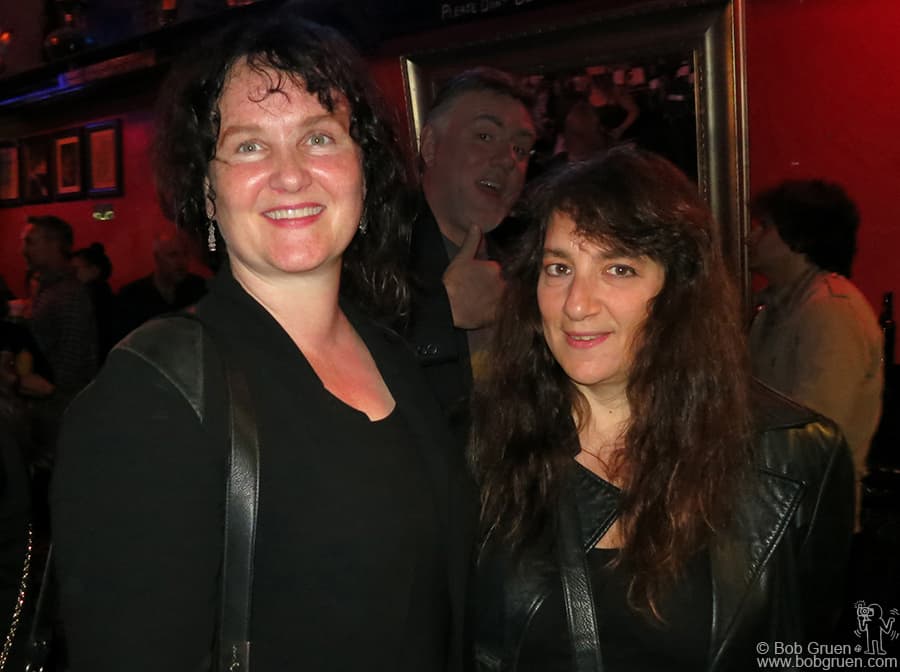 Oct 1 - NYC - At the closing celebration of the legendary Bleeker Street club Kenny's Castaways. Founder Pat Kenny's daughter Maria greeted Sharon Blythe, daughter of Art D'Lugoff who ran the Village Gate club across the street before it too closed some years ago. 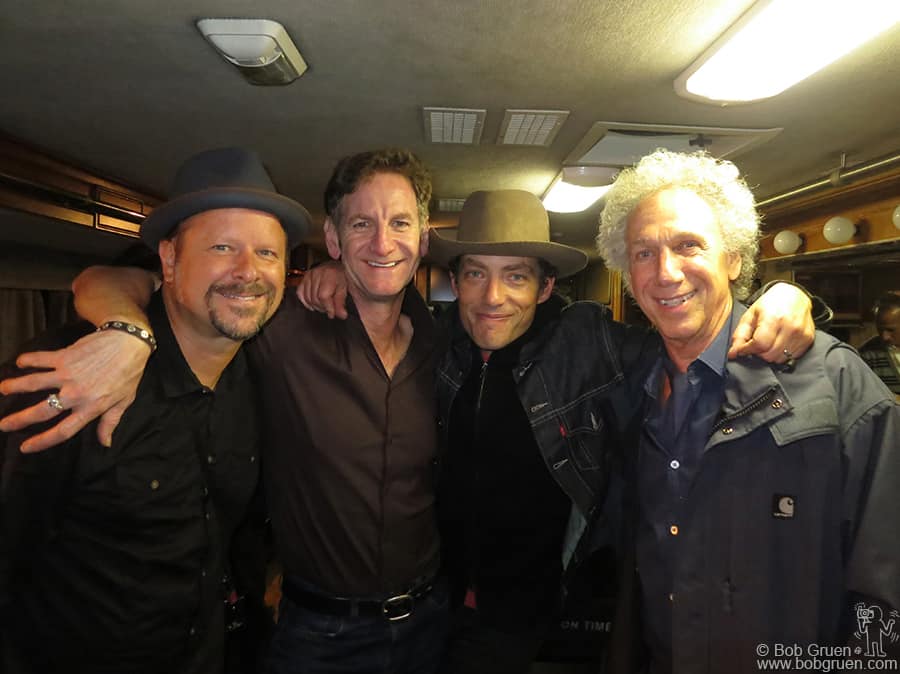 Octr 2 - NYC - With photographers Danny Clinch, Mark Seliger, and Jakob Dylan after the Wallflowers played at John Varvatos' store, in the space that had formerly been CBGB. 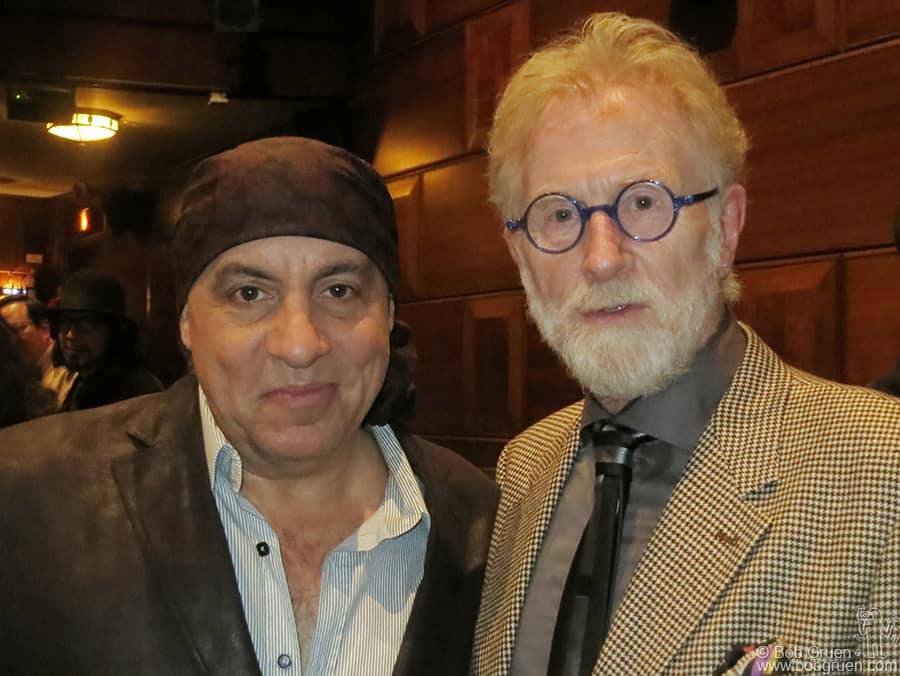 Oct 5 - NYC - 92Y - After a screening of the early Rolling Stones film 'Charlie is my Darling' Steven Van Zandt interviewed the film's producer Andrew Loog Oldham about Andrew's days with the Stones and the making of the film. 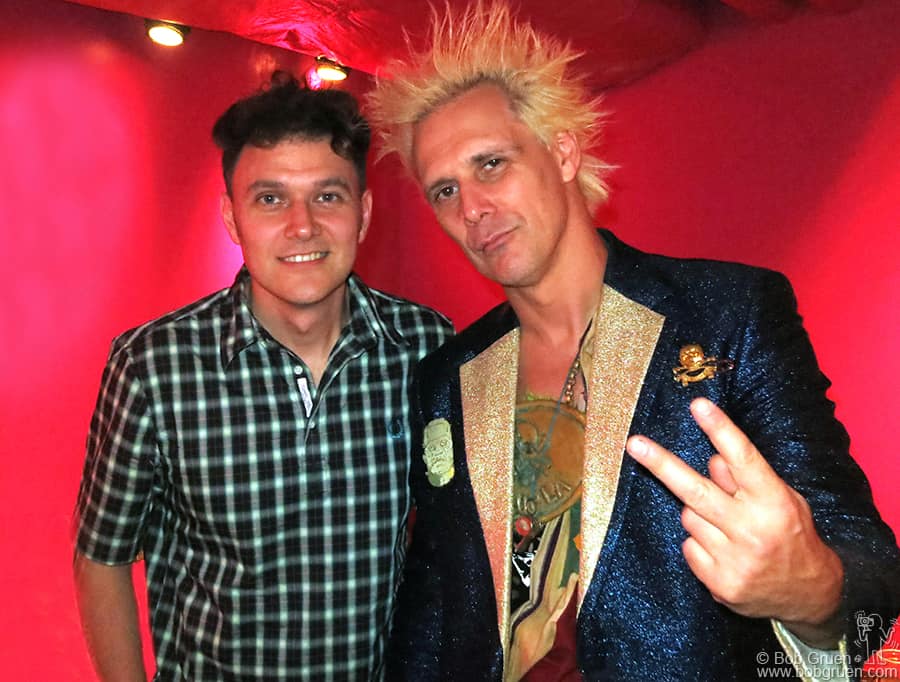 Oct 6 - NYC - Best Buy Theatre - The Brothers of Brazil opened a show for Adam Ant and brought their fabulous style of 'Punkanova' to the crowd. 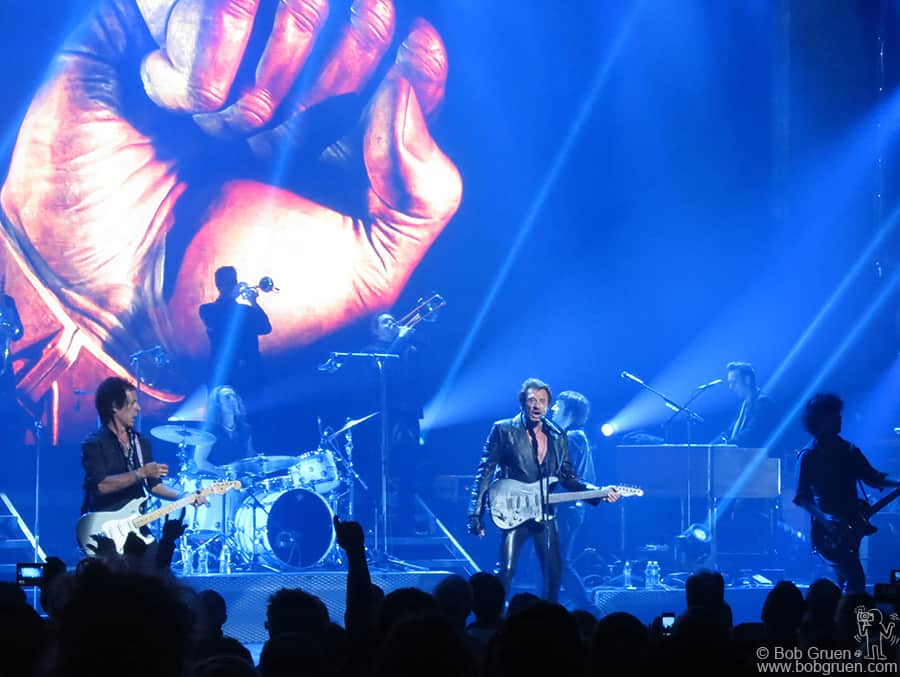 Oct 7 - NYC - At long last Johnny Hallyday 'The French Elvis' played a concert, his first in New York, at the Beacon Theatre, and he was everything the fans expected. 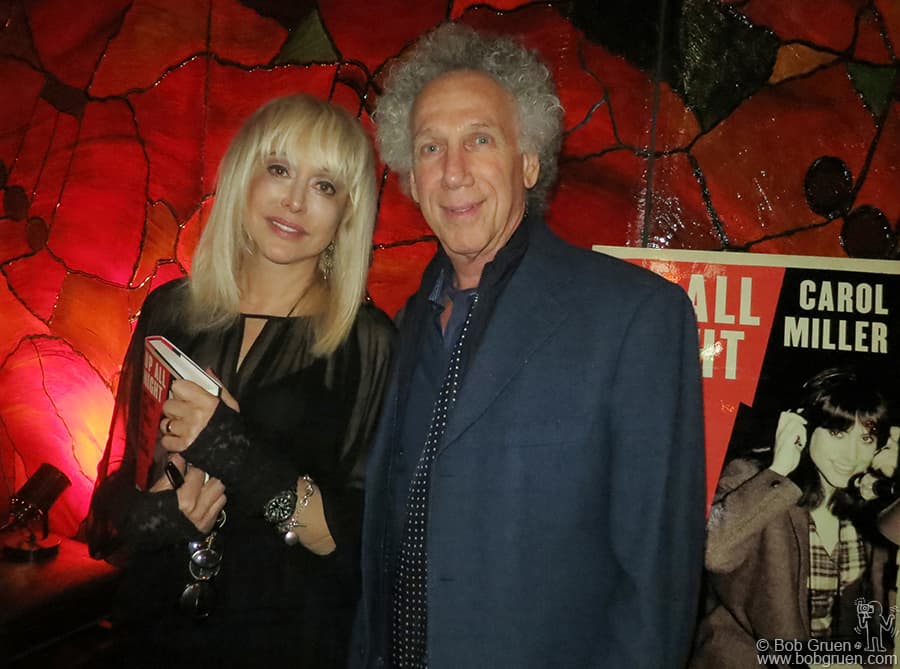 Oct 10 - NYC - Pioneering late night radio DJ Carol Miller had a party to celebrate the release of her book 'Up All Night' at the Cutting Room. 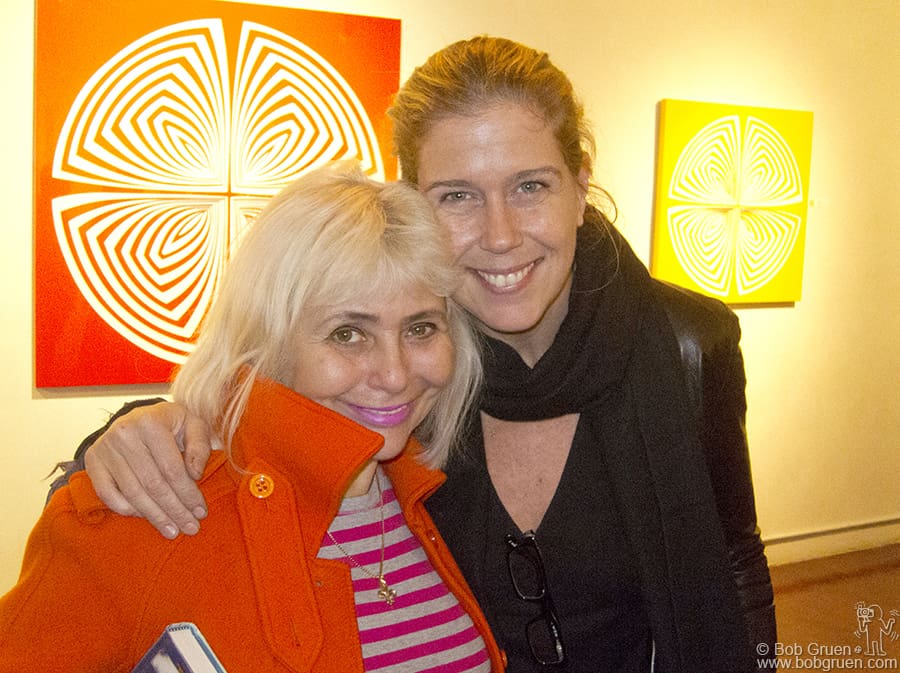 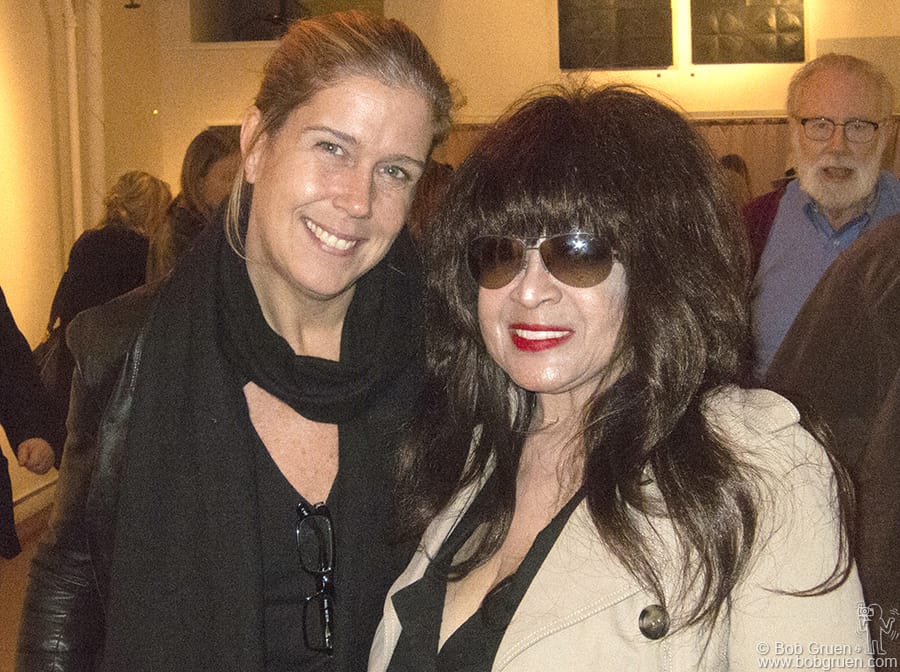 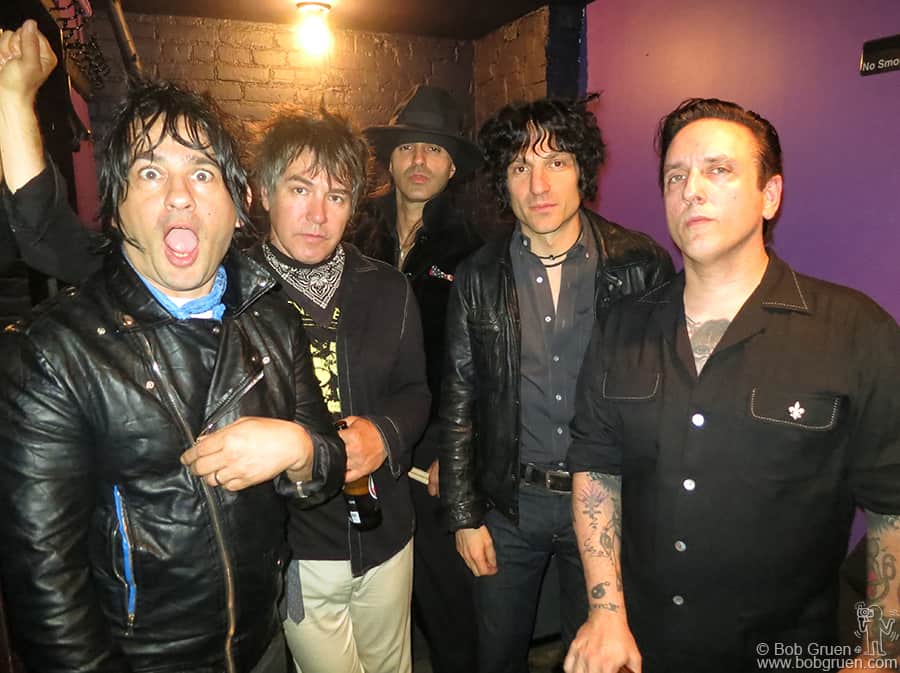 Oct 14 - NYC - Reunited D Generation took a break from their rehearsal before going to Los Angeles to record with Ryan Adams producing a new D Gen album, their first in 14 years. 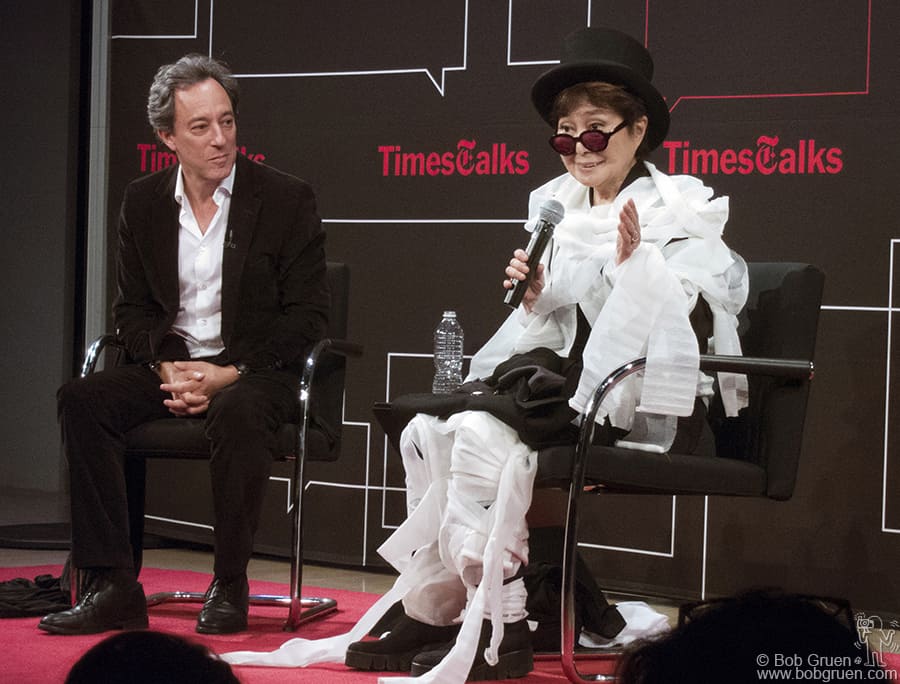 Oct 15 - NYC - Yoko Ono and Michael Kimmelman at a New York Times talk. Yoko is covered in gauze after a brief demonstration of one of her performance art pieces. 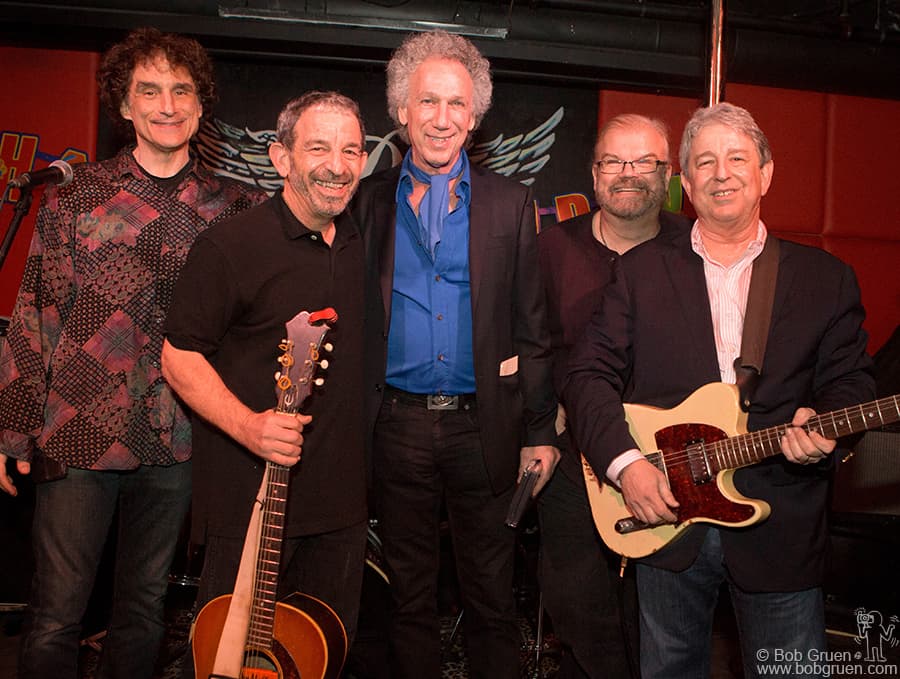 Oct 23 - NYC - The Miamis, everyone in New York's favorite local band in the '70's, came back together to play at the R-Bar for my annual birthday party celebrations. 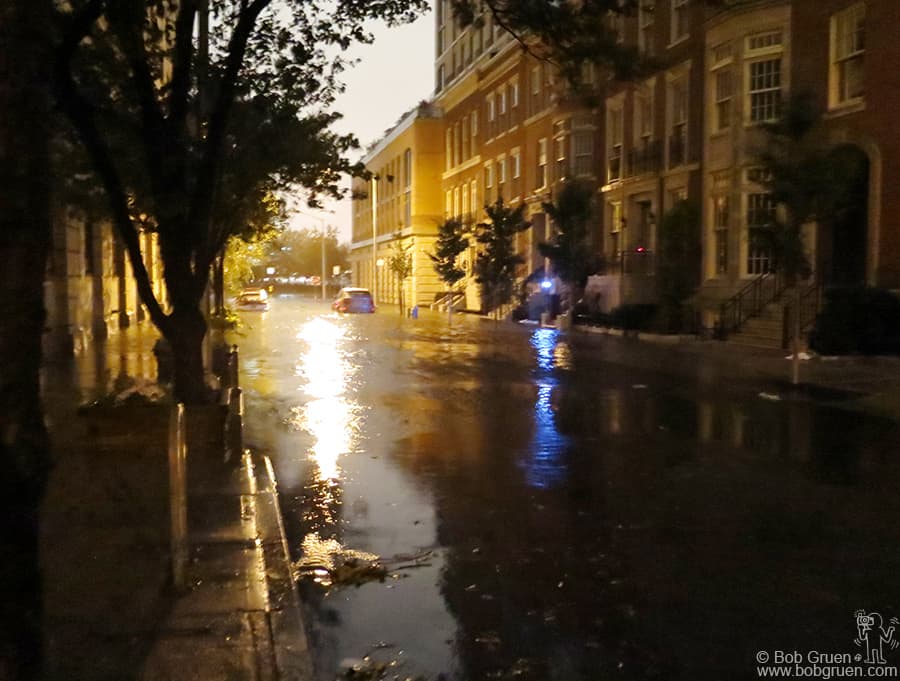 Oct 29- NYC - Hurricane Sandy flooded our neighborhood causing widespread destruction. Our power was out for more than two weeks, and the phone was out until mid December! 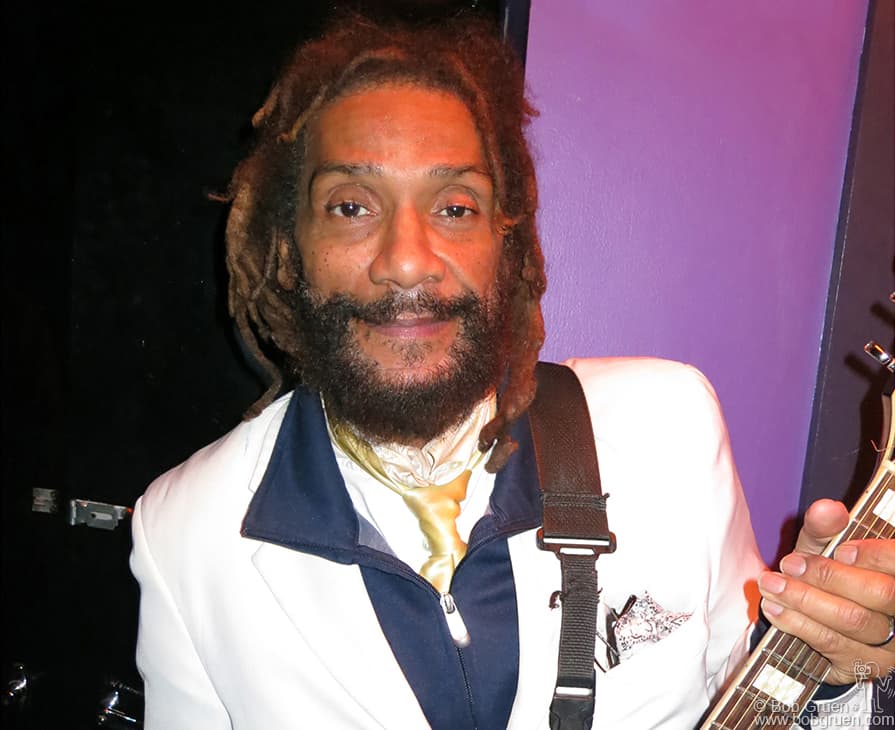 Nov 6 - NYC - HR from the Bad Brains was the host of a benefit at Bowery Electric for victims of the hurricane. Many musicians lost equipment in the hurricane Sandy flood. 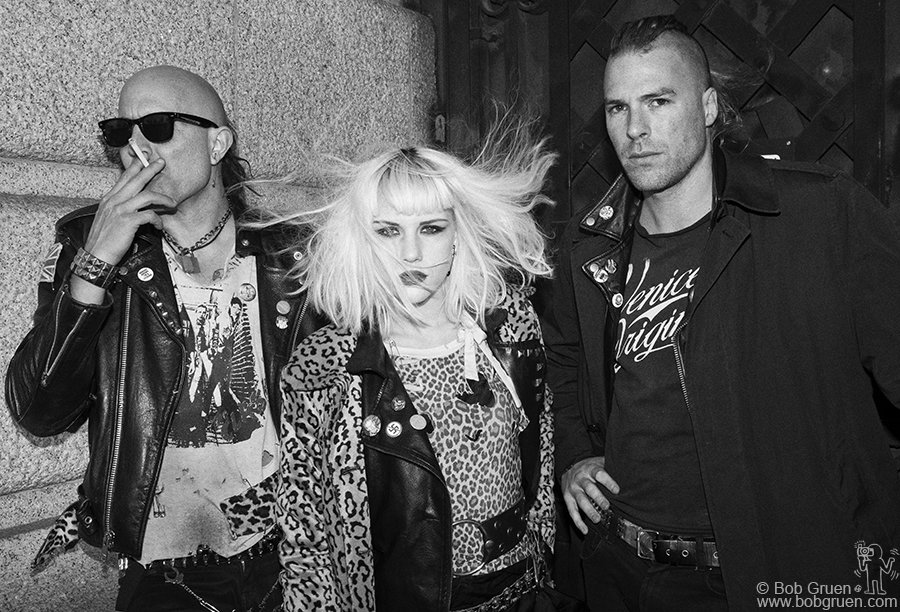 Nov 26 - NYC - the Barb Wire Dolls are a very cool punk bank from Crete, Greece, now playing around the US...check their website to see if they're playing near you! 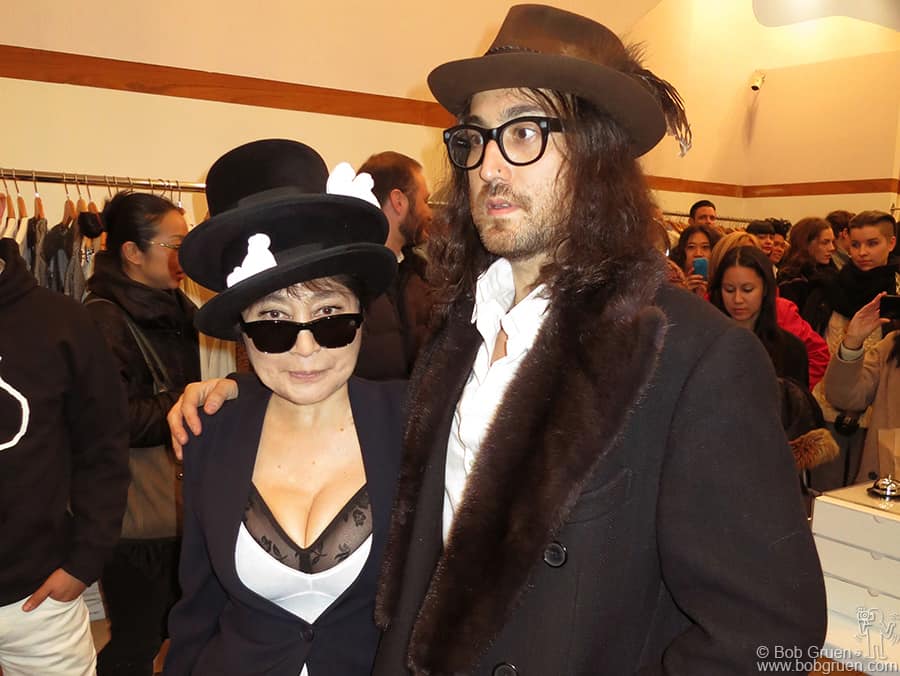 Nov 27- NYC - Yoko Ono launched a line of fanciful men's clothes at the Opening Ceremony store in SOHO and was joined by her son Sean who has just produced a new album by his mom, due out in February in time for her 80th birthday. 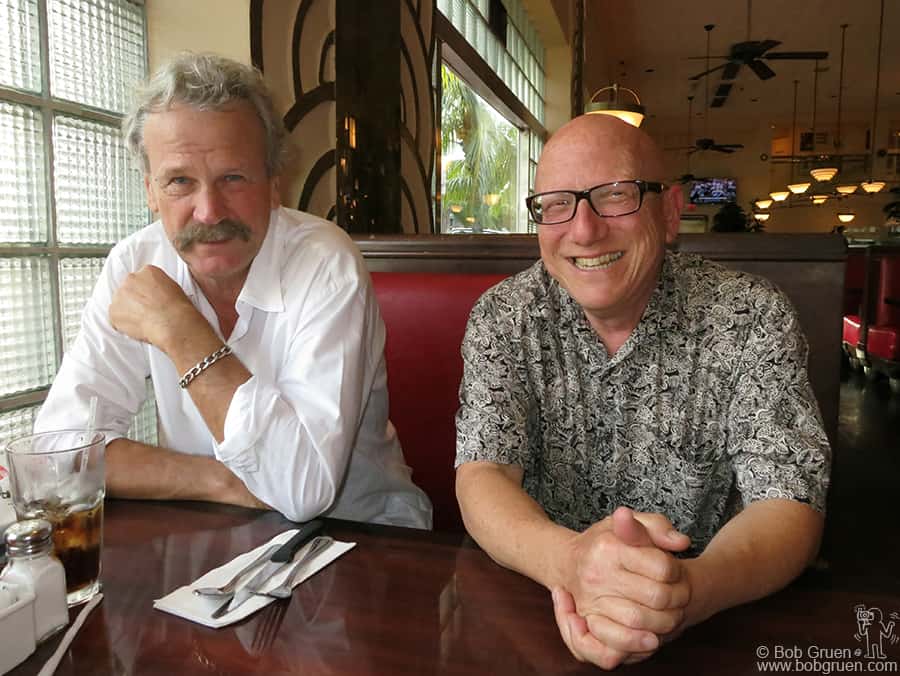 Dec 5 - Miami - Peter Blachley and Rich Horowitz, managing partners of the Morrison Hotel Gallery, greeted me in Miami and showed me the Rock & Roll photo exhibit they installed at the Dream Hotel for the Art Basel festivities. 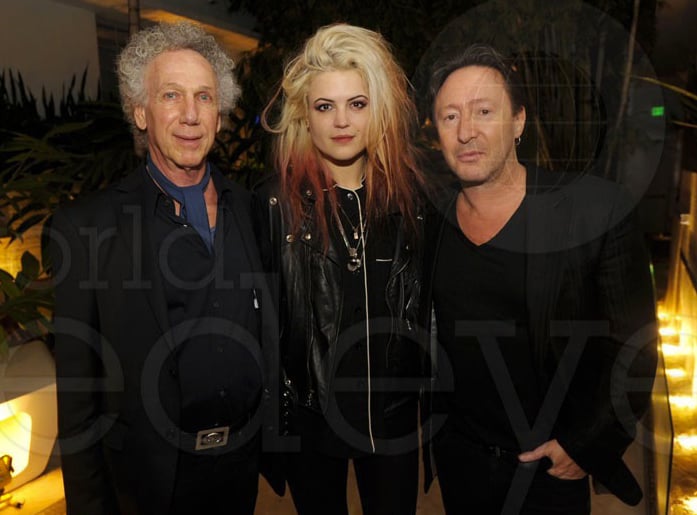 Dec 5 - Miami -Alison Mosshart and Julian Lennon join me for a photo before Alison and I started our guest DJ sets at the party Julian hosted for Morrison Hotel Gallery. Julian has been making some great photos and is now represented by Morrison. 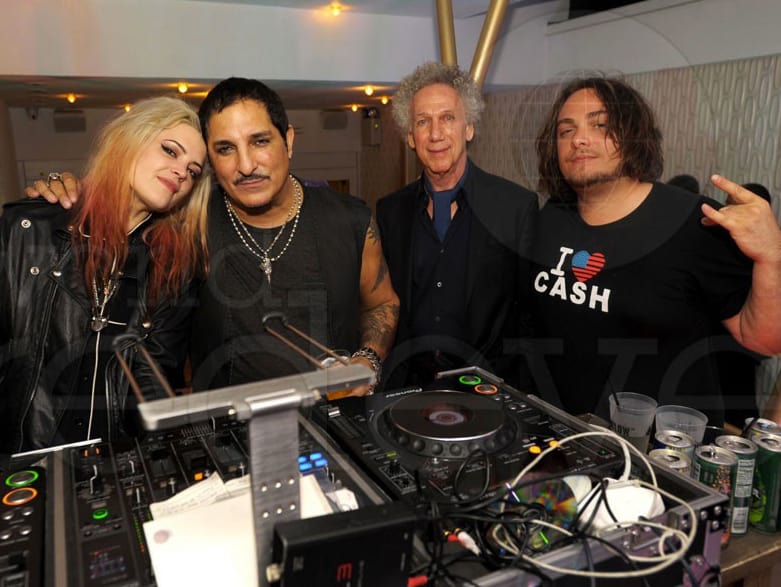 Dec 5 - Miami - In the DJ booth with Alison Mosshart, Nur Kahn, and DJ Cash getting ready to rock the house. 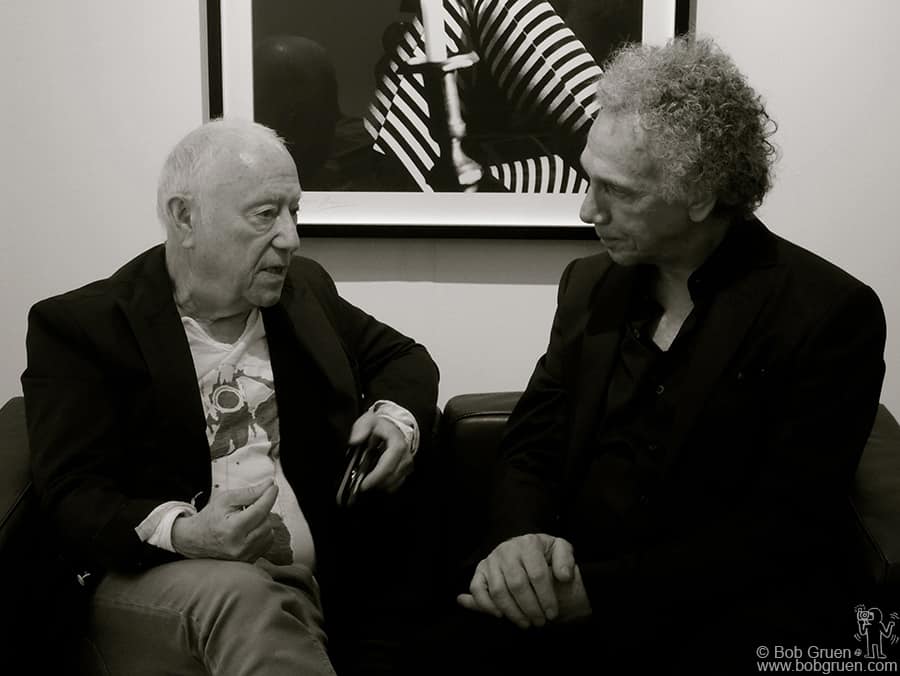 Dec 10 - Miami - The next day I went to the opening of a show of photos by my friend Maurice Renoma who's better known for his international clothing company but he's also a great photographer. 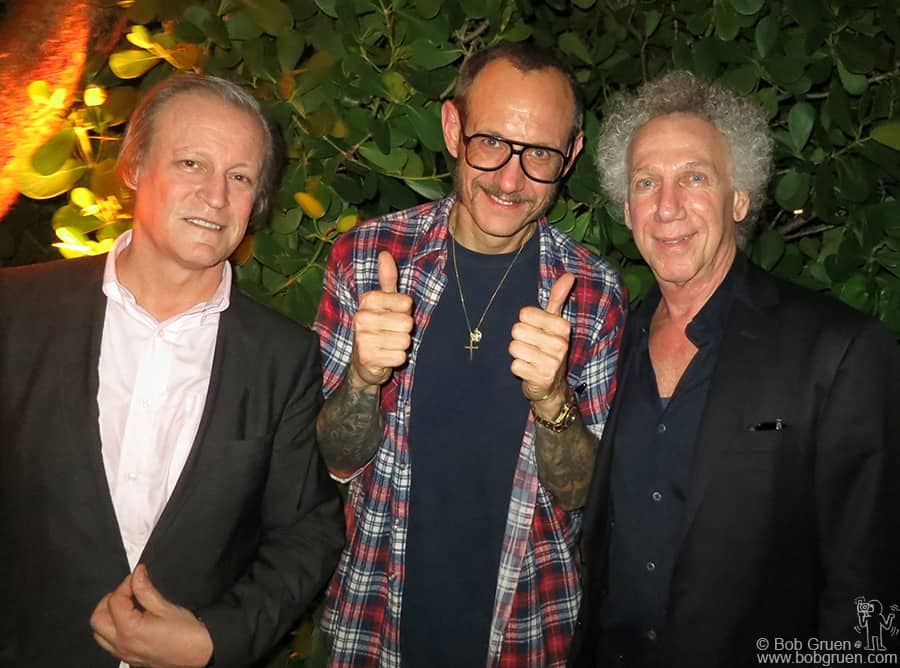 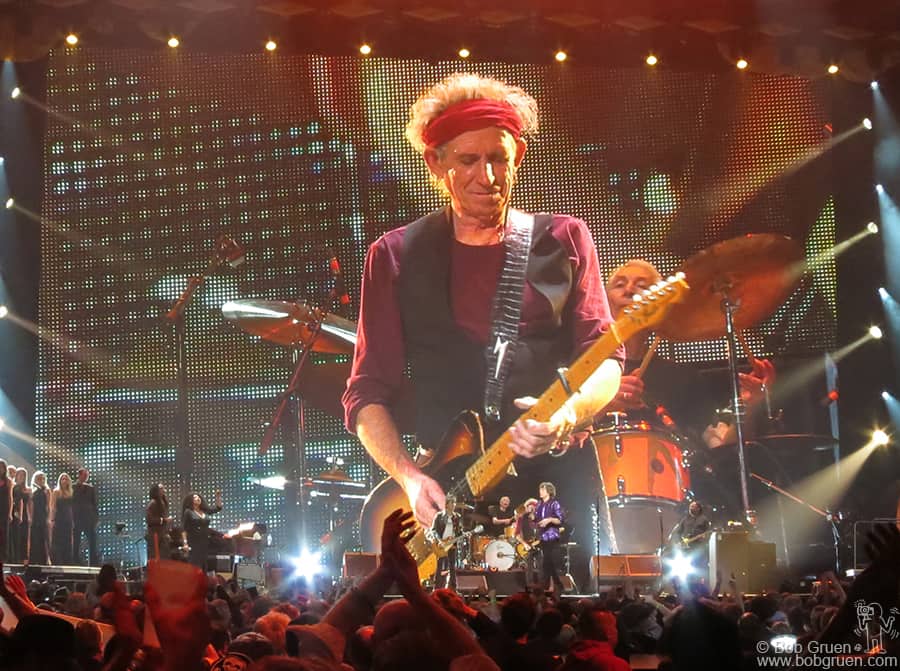